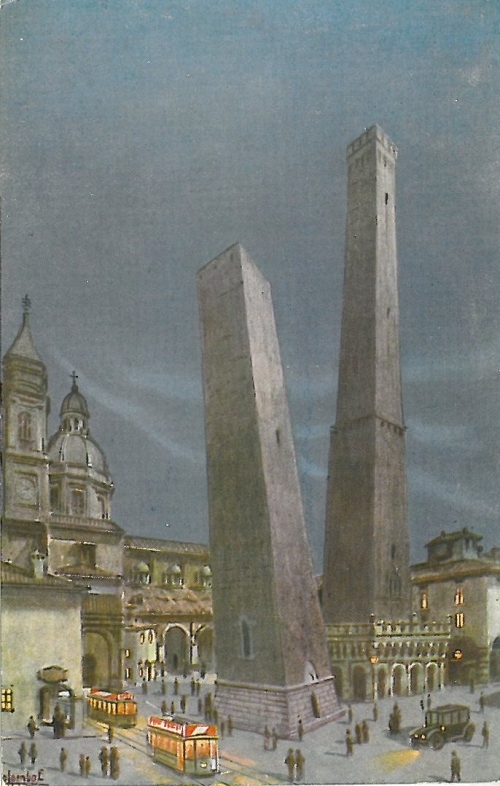 As seems the Carisenda, to behold,
Beneath the leaning side, when goes a cloud
Above it so that opposite it hangs;
Such did Antaeus seem to me, who stood
Watching to see him stoop..

Which is the first association with Bologna that comes to your mind? Almost certainly you imagine the Two Towers: the Asinelli and the Garisenda, two fortifications protecting the city. But, if the history of the first one is widely known, just few are familiar with the another one.

Today the Garisenda tower is about forty eight metres high, but, undoubtedly, it was higher by at least twenty metres. The tower was built at the same period with the Asinelli, between 1109 and 1110. Initially, it was constructed for the military purpose but as the foundations crumbled, the target of the tower was changed. Because of the significant incline, the tower was becoming more and more dangerous and between 1351 and 1360 it was cut off. That is why it is also known as a chopped tower. After ups and downs, in the XV century it was acquired by the Company of Drapers which had their seat right in front the tower (Palazzo degli Strazzaroli) and were holding the market in the square outside. Later, on the foundation of the tower they constructed other buildings and also the little church dedicated to Santa Maria delle Grazie, which were all demolished in the late nineteenth century.
During the Napoleonic period, in 1804 the guilds were suppressed and the property of the Garisenda was acquired by the Ranuzzi family. Then by inheritance it passed to the Malvezzi Campeggi who on 27th August 1904, a century after, sold it to the baron Raimondo Franchetti. The new generously donated it to the municipality of Bologna, which was committed to maintain it.

It is appropriate to say: different times! What would Dante, whose poetry is engraved on the foundation of the Garisenda, think about the fact that the State has proposed the sale of some monuments? 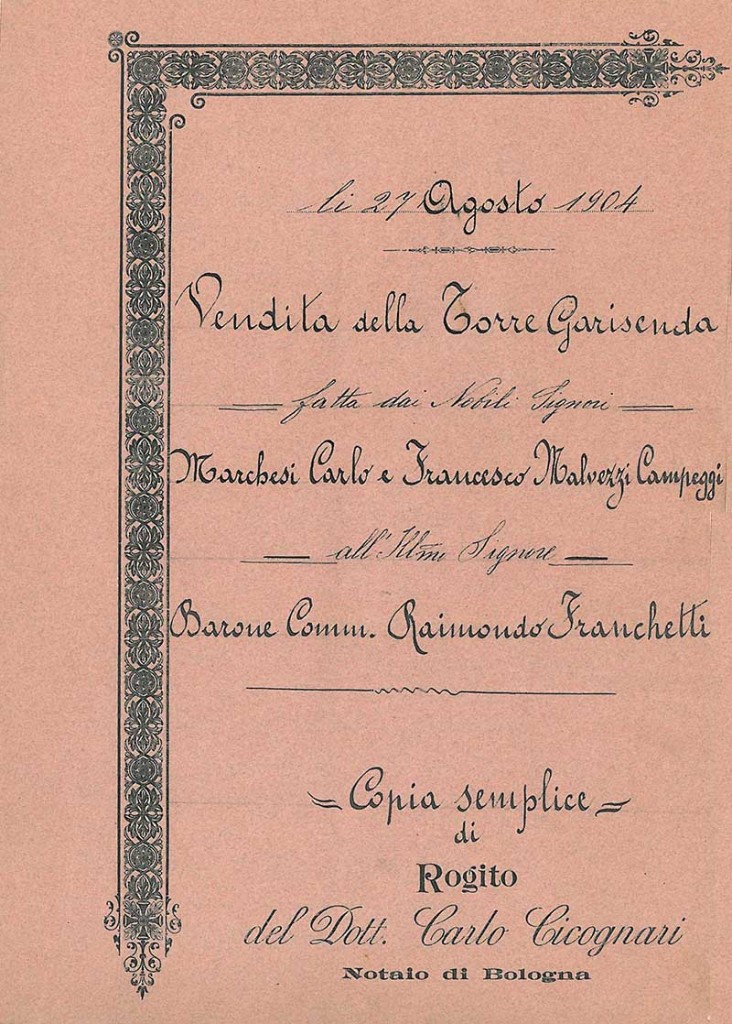