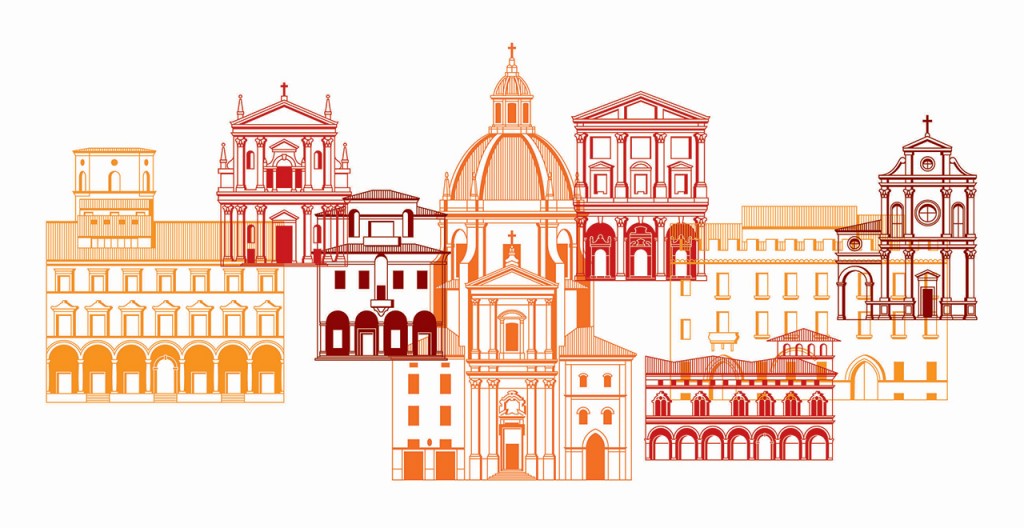 Genus Bononiae. Museums in the City is a museum system which was launched in 2012 in the historic centre of Bologna. It comprises eight buildings restored and recovered for public use.
The Latin name Genus Bononiae illustrates the genus or origins of the past and present people of Bologna, a city with an old centre of acknowledged urban-architectural value. This includes its exceptional and distinctive porticoes, thanks to which, for many years now, it has been a UNESCO World Heritage Site.

Genus Bononiae follows a path through the city and narrates its history, life, arts and dreams; it uses the streets of Bologna as corridors and the buildings and churches as rooms.
Seeing Bologna through the stages of the Genus Bononiae itinerary is a unique experience, because it enhances and extends the visitor’s knowledge of the city’s glorius past and it’s community in a completely new way, through the living, varied record offered by buildings displayed with their priceless heritage of art and history.

Each building of Genus Bononiae has specific characteristics and functions closely related to artistic and cultural activities:
• Palazzo Pepoli. Museum of the History of Bologna opened in January 2012 is an innovative and interactive museum dedicated to the history of Bologna and its inhabitants. Palazzo Pepoli is situated in the Old Town, close to the Two Towers (symbol of the city) and it is the Heart of Genus Bononiae.

• Palazzo Fava opened in January 2011 is the exhibition center of Genus Bononiae. It is frescoed by the Caraccis and it houses collections from the Carisbo Foundation, as well as temporary exhibitions.

• The church of Santa Cristina is open to the public since 2007 and it is dedicated to classic music concerts.

• Santa Maria della Vita inaugurated in 2010 is the most important example of Baroque architecture in Bologna. It houses the famous Compianto sul Cristo Morto by Niccolò dell’Arca and the rich collection of other terracotta sculptures of the Italian Renaissance.

• San Michele in Bosco, large belvedere overlooking Bologna. The Carisbo Foundation has been managing its monumental areas since 2007: the church, crypt, octagonal cloister, library, the Studio Putti and the Sala Vasari.

• Casa Saraceni considered to be one of the most interesting buildings in the city from the Renaissance period towards the late XV century is home to the Carisbo Foundation. From 2002 the ground floor is used to house art exhibitions and other cultural events.