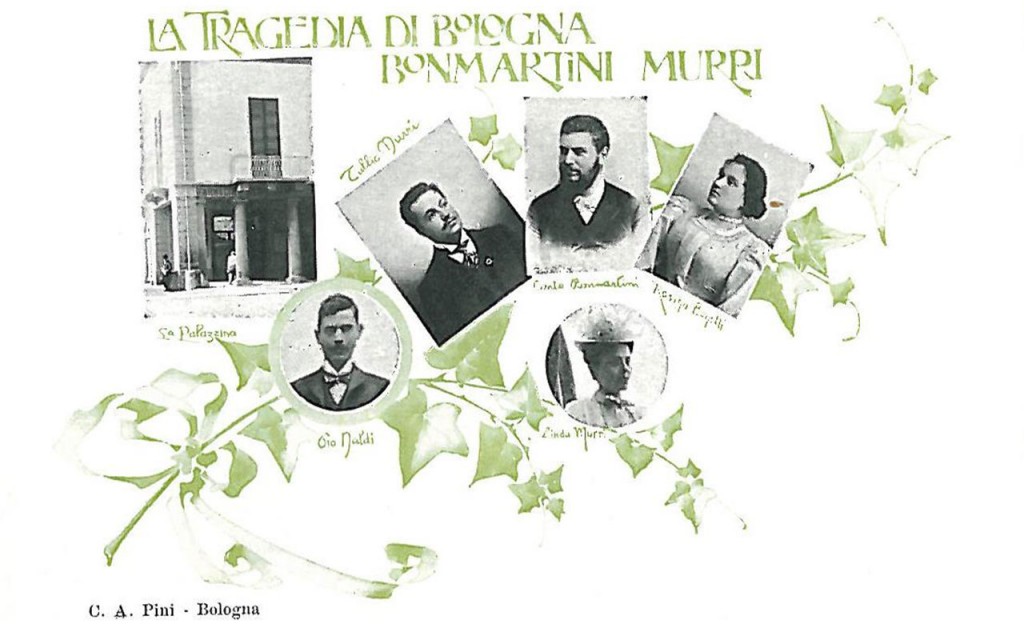 Over the recent period,as number of the crime fiction authors is multiplying,the interest of readers to the noir fiction has been augmented. As ifthere was not enoughreality, you might imagine! Butcrime is not the typical thing just of our time, today we know more about it just because the media are “bombarding” us with the news in real time..

On September 2, 1902, Bologna became the protagonist of one of the most famous court cases of the XX century. In an elegant building in via Mazzini, in front of the Aldrovandi square, there was discovered the corpse of Francesco Bonmartini, son-in-law of the professor Augusto Murri, a well-known clinician,doctorof the Royal House.

In the end of August,Bonmartini had left Venice, where he was on vacation with his wife Linda (daughter of the professor),to return to Bologna. After a few days, the neighbours called professor Murri to warn him of the bad smell which was emanating from the apartment. Thus, the body was found. The police began their investigation. The count had been killed with a knife:the motive was defined as a robbery, given the positionin which he was found in the house.

A few days later, never the less, the professor Murri accused his son Tullio. The chaos has started in the city:Tullio Murri was known as an editor of the socialist journal “La Squilla” and also as a provincial council of the Italian Socialist Party. The Catholic newspapers seized the moment and began the campaign against the secular rationalism and socialism.The process began and, after some time it was transferred from Bologna to Turin.Tullio was convicted, albeit with the complicity of his sister Linda and otherless important figures. Theking pardoned Linda, who gained their freedom after a short time. Tullio was released from prisonin 1919.

But the egregious crimes in Bologna are not finishing with this..